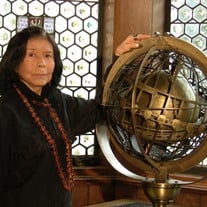 E. Maxine Bruhns Aged 96 years and 7 months, passed away after a brief illness on Friday, July 17, 2020 at Shadyside Hospital in Pittsburgh. Born Eleanor Maxine Moose in Grafton, West Virginia, she was the loving daughter of Elva McDaniel Moose and George Walker Moose. Gracious, feisty, and driven, she proudly called herself a "West Virginia hillbilly," a term she proudly used to honor her roots. When she was two years old, her family moved to Bridgeport, WV, where she attended Bridgeport High School. She graduated in 1941 with high honors and received a scholarship to West Virginia Wesleyan College in Buckhannon. In the spring of 1942, following America's entry into the Second World War, Maxine left Wesleyan to work at the Glenn L. Martin aircraft factory in Hagerstown, MD. After the war ended, she completed her bachelor's degree in Philosophy and Psychology at Ohio State University in Columbus, OH. At Ohio State, she met and later married (1946) the love of her life, her German refugee husband Fred C. Bruhns. Fred had immigrated to America in 1941 after serving two years in Berlin's Moabiet prison for anti-Nazi activism. He returned to Europe as a second lieutenant in the US Army. His post-war career as a refugee specialist required the couple to travel extensively. Over the course of their marriage, they lived in numerous countries (Austria 1948-50, Lebanon 1952-54, Cambodia 1952-54, South Vietnam 1955-57, Cambodia 1958-59, Iran 1960, Germany 1961, Greece 1962-63 and Gabon 1964.) Maxine maximized these opportunities with numerous accomplishments, including earning a Master's Degree in Psychology at the American University of Beirut, teaching English to Vietnamese Army officers, and doing the same for Buddhist monks in Cambodia. In Greece, she studied the Greek language, Greek dancing and acted in American theater productions. Maxine's natural linguistic talent, combined with her extensive travels and exposure to various cultures, allowed her to attain fluency in French and German and gain a working knowledge of Arabic, Farsi, Greek, and Cambodian. In 1965, Fred received his PhD and a teaching position at the University of Pittsburgh. Shortly thereafter, Maxine accepted a position as Director of the Nationality Rooms and Intercultural Exchange Programs (NRIEP). The Directorship became her greatest legacy. The Rooms, which are now treasured historic landmarks, have helped to preserve the cultures and traditions of the homelands they represent. Maxine felt very strongly about the non-political agenda of the program, and strove to make these rooms accessible and relevant to the many ethnicities that have created the City of Pittsburgh. They are a testament to the cultural legacy of those immigrants. Her efforts with the program have created a well-rounded international and educational experience for Pitt alumni and visitors. Maxine took interest in and advocated the continued respectful use of the rooms for classroom instructions. She always pushed for the widest possible public audience to learn from touring them just as the University's students would find inspiration from having classes in them. Maxine was a careful custodian of the rooms and placed great emphasis on good and productive relationships with facilities management, classroom instruction and management staff. Maxine will always be remembered by friends and colleagues as a unique and exceptionally driven individual who possessed a singular character and an unfaltering drive for excellence. Her leadership and devotion to the Nationality Rooms have made them a matter of great pride for the University for generations to come. Memorial donations may be made to the University of Pittsburgh, c/o Nationality Room, 1209 Cathedral of learning, 4500 Fifth Avenue, Pittsburgh, PA 15260. A memorial service will be held on a later date. Professional services trusted to D'ALESSANDRO FUNERAL HOME and CREMATORY LTD., Lawrenceville. www.dalessandroltd.com.

The family of Maxine Bruhns created this Life Tributes page to make it easy to share your memories.

Send flowers to the Bruhns family.