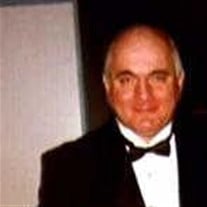 Gary Paul Larkin On August 4, 2016, age 69, originally from Pittsburgh, PA was peacefully taken and relieved of all his pain. He was a loving and great Father to daughter, Angela Gercak (Adam), son Michael Larkin (Elizabeth) & adored grand-daughter Ariana Larkin. He also leaves behind his previous wife, Cindy Larkin, Step-Sons Robert Buzza & Thomas Buzza, grand-son Nathan Buzza and was preceded in death by his grandson, Stephen Buzza. Gary was the oldest of five siblings, three sisters, Janet McCauley, Bonnie Haney (Micky) & Kathy Makepeace (Bill) & one brother, Wayne Larkin. He also had many nieces and nephews and many close friends that will miss him dearly. Gary was born on November 2, 1946 to the late Paul & Ruth Larkin. He graduated from Perry High School and went on to the Columbia School of Broadcasting where he fine-tuned his natural born talent of broadcasting and being a Disk Jockey. He was awarded Number #1 Disk Jockey of the Year for the Pittsburgh Area in ‘1977’, “1978” & “1979” through Billboard Magazine. He also received a gold record from each, Columbia Records, Atlantic Records and RSO Records for his assistance helping them to achieve over a million dollars in record sales. Gary shared his love of music through several radio stations (WMBA, WNUF, WARO, WZUM & WCCS) holding dances, his internet radio show, House of Wax or just adding that special touch to events. Gary will be missed very much for he had such a huge heart and loved to make people laugh. Anyone that truly knew Gary, knows that he has every one on their feet in heaven dancing and smiling.

The family of Gary Larkin created this Life Tributes page to make it easy to share your memories.

Send flowers to the Larkin family.