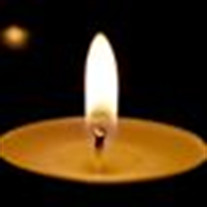 Gloria Checkley Cherished mother, grandmother, sister, wife, and friend. Aged 93, of Squirrel Hill, she passed away peacefully in her home on June 30th from complications due to Alzheimer's disease. Born in Chicago in 1925, to Ureal and Maybelle Gray, the eldest of four siblings - Louise (deceased), Ward (deceased), and Patricia - Gloria was a graduate of Englewood High School and The University of Chicago where she joined the Beta chapter of AKA and completed a bachelor's degree in Library Science. It was in the library of the university where she met her husband, Thomas Spencer Checkley. They defied the racial codes of the day and married in 1948. They moved to Pittsburgh, where Thomas served as Law Librarian and Professor at the University of Pittsburgh and started a family. Gloria and Tom were active in the civil rights and anti-war movements. He was an active member of American Civil Liberties Union and she in the Allegheny County League of Women Voters. Gloria was a lifelong lover of children's books, working for many years at Carnegie Children's Library. Her live rendition of "The Gunny Wolf" famously scared and delighted children at the library. In 1964 her storytelling skills were recognized by WRYT Radio as an outstanding contribution to Pittsburgh's cultural life. From 1973 - 1990, she served as Lower School Librarian at Winchester Thurston, where she received the Jane L. Scarborough Award for Excellence in Teaching in 1984. Gloria was renowned among friends and neighbors for her eclectic tastes in home decorating, art, music, and movies. She became skilled at pysanky, the Ukrainian art of Easter egg dying. Her record collection of rock, blues, folk, soul and country was legendary, and she was well known for having the newest records before anyone else. Curious and always active, she audited classes at Carnegie Mellon University into her mid 80's. Gloria will be remembered fondly for her Sunday night family dinners, her beautiful garden, Christmas Eve parties, homemade Easter dresses for her granddaughters, delicious baked goods, and most of all, for being the pillar of her family and a devoted friend. She will be terribly missed. She is survived by her sister Patricia Pitts; her children Robin, Dorn (and daughter-in-law Laurie), and Jennifer (and son-in-law Jeffrey); grandchildren Kathryn, Janet, Hannah and Benjamin; nephews Marc and Timothy and niece Imogene, and their families. A memorial celebration of Gloria's life will be at her home, 1145 Wightman Street, Pittsburgh, PA 15217 on Saturday, July 21, 2018 from 4 - 8 PM. Professional Services by D'Alessandro Funeral Home and Crematory Ltd., Lawrenceville. In lieu of flowers, please consider making a donation in Gloria's memory to the Carnegie Library of Pittsburgh.

Gloria Checkley Cherished mother, grandmother, sister, wife, and friend. Aged 93, of Squirrel Hill, she passed away peacefully in her home on June 30th from complications due to Alzheimer's disease. Born in Chicago in 1925, to Ureal and Maybelle... View Obituary & Service Information

The family of Gloria Checkley created this Life Tributes page to make it easy to share your memories.

Send flowers to the Checkley family.