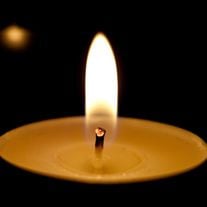 Gregory V. Giovengo (G-ROD) age 58, died on Wednesday, September 26, 2018 at Allegheny General Hospital. Gregory was born February 3, 1960 in Pittsburgh.. He attended St. Columbkille primary school and graduated from West Allegheny Senior High. Greg's career was working in heavy highway construction, which included building bridges in many locations throughout Pennsylvania. Greg took extreme pride in his work and enjoyed helping others, always working to his full ability. Before Greg retired from local 1058, he fortunately, met his soul mate through one of the job sites in 1999. Gregory and Theresa (Russell) Giovengo were married on November 5, 2010. This relationship was more than a marriage to them - They truly were best friends and shared so much together. Greg was a beloved husband, step father, son, brother, uncle, and an amazing grandpap. Greg treasured his relationship with his granddaughter, Addie, with whom he shared a very special bond. Gregory is preceded in death by his father, Vincent Giovengo and mother, Eleanor Plotz Giovengo. Greg is survived by his wife, Theresa Giovengo, his three step children, William Ames (Laura), Tricia Ames, and Corey Ames, who he raised as his very own son. He is also survived by grandchildren, Lily Ames, Addaleigha Ames (his little rat), and Augustus Ames, his three sisters, Debbie Gracey and family, Jonathan, Gina, and Nick Gracey, Lori Grant and family, Mike, Tim, and Sean Grant, Sandy Zelesnik and family, Matthew, Rachel, and Jennifer Zelesnik. A luncheon to celebrate Greg's life will be held on October 20, 2018 at the Marriott Airport Hotel on Aten Road from noon until 3pm. Professional Services by D'Alessandro Funeral Home and Crematory, Ltd., Lawrenceville www.dalessandroltd.com

The family of Gregory V. Giovengo created this Life Tributes page to make it easy to share your memories.

Send flowers to the Giovengo family.