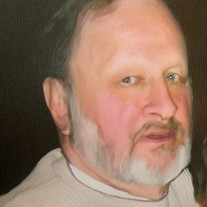 John Michael Tuite "Tootie" At age 83, of Millvale, on April 25, 2021 passed away peacefully at home. Son of the late Mary Funovits Tuite and Alfred George Tuite. Beloved husband for 54 years of Gloria "Honey" Tuite (Warywoda). Loving father of Kelly Grudowski (Bob), Paula Dudas (Michael), Amy Tuite (Mike White), and Glori Tuite (Phil Morrison). Proud Grandfather of Rilee Tuite, Michael and Danielle Dudas, Jace Grudowski, and Anna Brent. Preceded in death by his sister Maryann "Mar Mar" Tuite. Loved dearly by his cousins, the Fashion family, brother and sister in laws, and many nieces, nephews and friends. Dad will be remembered for his love of camping, picnics, volleyball and card games. Pap will be remembered for never missing a sporting game, dance recital, Special Olympics, birthdays, graduations, etc,,, But most of all he will be remembered for his love and devotion to his wife, his girls, and most of all his, grandchildren who will cherish all the time he spent with each one of them. Whether it was riding bikes throughout the city, watching wrestling, getting icee's from Gus', to taking them to camp, or just playing around the yard. He'll be missed with his donut deliveries on Saturday mornings to catch up on all of us, to all of his stories he loved to tell, to junking any free time that he had, to him being the best Christmas shopper with the gifts he loved to give each one of us. Dad was one of the hardest, most dedicated worker ( 50 years with Sauer Bros.) and still had time to take us on weekend trips. We are grateful for the love that he showed each and everyone he knew or met. He will be unbearably missed but never forgotten!! Love you honey, dad, pap!! Visitation at D'ALESSANDRO FUNERAL HOME and CREMATORY LTD., 4522 Butler Street, Lawrenceville, on Tuesday from 4-8 PM. In lieu of flowers we ask that donations be made to Autism Connection of PA, Autismofpa.org in honor of his beautiful grandson, Jace. www.dalessandroltd.com

The family of John M. Tuite created this Life Tributes page to make it easy to share your memories.

Send flowers to the Tuite family.