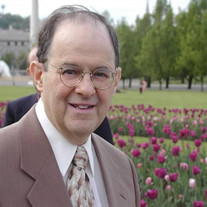 FINKELPEARL, Joseph A Joseph A Finkelpearl, long time resident of Squirrel Hill, died on Friday, October 15th at the age of 89. Son of the late Maurice Finkelpearl and Nellie Meyers Finkelpearl, he went to Wightman School and Taylor Allderdice High School. Joe graduated in 1955 from Pitt's School of Pharmacy. Drafted into the U.S. Army, he served as a medic, stationed in Massachusetts at Fort Devens. His grandfather, father, and uncle were all Pittsburgh pharmacists. For nearly seventy five years, Joe's family owned and operated Melwood Drug Company at 4631 Centre Ave in Oakland. When it closed in 2009 the Pittsburgh Post Gazette heralded its long run in business with an article on its front page (12/30/2009). Joe was a dedicated health care professional and loved serving his Melwood Drug customers in Oakland, Polish Hill, and the Upper Hill District. In retirement, Joe was very active at the Squirrel Hill Jewish Community Center where he had lunch most days. He was twice named Volunteer of the Year by the JCC for his work in the Check Mates program, which fosters communication with elderly and housebound Pittsburghers. Joe loved the Steelers, Penguins, and Bucs and he attended Pirates games at Forbes Field, Three Rivers, and PNC Park. In his younger days, Joe was a ballroom dancer and an avid golfer; he could be often found slipping in a round at Schenley golf course. His wife, Miriam Kern Finkelpearl, predeceased him. Joe is survived by his son, Mark Finkelpearl (Ruth Zitner) of Washington, DC, daughter Susan Finkelpearl (Ted Sobel) of Ottawa, Canada, daughter Beth Turner (George Turner) of Beaver Falls, and seven grandchildren. Services will remain private. In lieu of flowers, Joe's family would welcome donations to the Jewish Community Center of Greater Pittsburgh or The Carnegie Library of Pittsburgh. Professional services trusted to D'ALESSANDRO FUNERAL HOME and CREMATORY LTD., Lawrenceville. www.dalessandroltd.com.

FINKELPEARL, Joseph A Joseph A Finkelpearl, long time resident of Squirrel Hill, died on Friday, October 15th at the age of 89. Son of the late Maurice Finkelpearl and Nellie Meyers Finkelpearl, he went to Wightman School and Taylor Allderdice... View Obituary & Service Information

The family of Joseph A Finkelpearl created this Life Tributes page to make it easy to share your memories.

Send flowers to the Finkelpearl family.