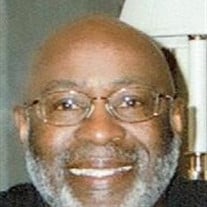 Mr. Joseph J. Tindal Son of the late Mattie M. Smith and Julius Daniels, Sr., departed this earthly life on December 3, 2016. Joseph born in Sumter, SC, at age 10 relocated to Leckrone, PA and resided with his "Aunt Mutt", Edith Tuck. He joined Mt. Zion Baptist Church and was an active member through his teen years. Joseph graduated from the German Township High School and attended Waynesburg University, Waynesburg, PA on an academic and wrestling scholarship. He earned a Bachelor of Arts degree in Elementary Education/Mathematics and later earned a Masters of Education/Curriculum and Supervision, a Principal Certificate and Superintendents Letter of Eligibility from the University of Pittsburgh. Joseph's legacy includes teaching elementary school in the Albert Gallatin Area School District where he was a member of a team of educators who developed and implemented the Non-graded Teaching Method. Student progress was reported not by grades, but by completed tasks. These teaching methods, which have been published and are referenced in teacher education curriculum where Mr. Joseph Tindal is recognized as a contributor. He later joined the faculty at the University of Pittsburgh, Johnstown Campus, Johnstown, PA. Wanting to get back into the classroom to work directly with the children, in 1973, he accepted a teaching position with the Wilkinsburg Borough School District. During his 38 years with the district, "Mr. Tindal" as he become known, held various positions: Teacher, Assistant Principal, Principal, Director of Personnel, Acting Superintendent and finally Superintendent. Joseph was very active in the Wilkinsburg Community and was involved with the Boys and Girls Club, Kiwanis and Hosanna House and other community endeavors. He was known for his generous donations, guest readings at the elementary schools and playing Santa, which gave him just as much pleasure as it gave the children. Joseph retired from the District in 2006, but continued to work in the community until his unexpected health complications took him to be with the Lord. Retirement was spent caring and cheering for his two grandchildren Kelcei and Brannon. He also devoted time to an adopted granddaughter, Sidney. His one vice was playing golf. If the temperature was above 30 degrees, his clubs were in hand! Rain or shine, he played and welcomed the challenge of 18 holes and a hot dog at the turn. His parents, two brothers Julius Daniels, Jr. and Sandy Daniels, preceded Joseph in death. He leaves to cherish his memories his son, Joseph Jay Tindal; four sisters, Debra Ann Smith, Mary B. Glisson, Carrie M. (Charles) Goodman, all of Sumter, SC, Yvonne (Ricky) Stuckey of Bishopville, SC; two brothers, Mack Daniels and Roosevelt Daniels of Sumter, SC; two grandchildren, Kelcei Jorden Edmonds-Tindal and Joseph Brannon Tindal all of Pittsburgh; adopted granddaughter Sidney Wooten; one Uncle, Moses Daniels, Sr.; a host of nieces, nephews, other relatives and friends. The family has requested that a donation be made to the Hosanna House 300 program in the name of Joseph J. Tindal in lieu of flowers. This link will take you directly to the HHI Donation page . Please direct people to take the following actions: • Select: Hosanna House 300 in the State Donation Purpose drop down • Select: The donation is in memory of Joseph J. Tindal

The family of Joseph J. Tindal created this Life Tributes page to make it easy to share your memories.

Send flowers to the Tindal family.