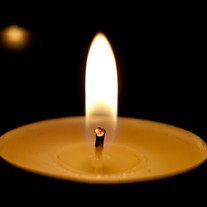 Kimberly "Kira" Ann Heston Passed away peacefully at 11:35 AM on Friday, September 30, 2016 at her home. She was born on March 14, 1969 in New Orleans, LA to Ann Thompson Stiebing and William H. Stiebing, Jr. She attended St. Martin's Episcopal School in Metairie, LA from Kindergarten through High School, becoming a member of the National Honor Society and graduating as Valedictorian of her class. She attended Rice University in Houston, TX as a national merit scholar and graduated in 1991 with a B.A. in English and Philosophy. At Rice she met her future husband, Keith M. Heston whom she married on May 11, 1991. Immediately after their honeymoon, she and Keith moved to Pittsburgh, PA where he was employed by Accenture, eventually becoming a Quality Associate Director. Though born "Kimberly," from High School on she was known to her family and friends as "Kira," a name she adopted from a character her favorite singer and actress, Olivia Newton John, played in Xanadu. Kira loved singing, participating in the choir and a group that sang German folk songs at Salem United Church of Christ in New Orleans and the music program at St. Martin's High School. After moving to the Pittsburgh area she frequently sang karaoke, was part of a singing duo with W. Randy Hoffman called Partners in K'RHyme, and a member of the Greater Harmony Chorus, a part of Sweet Adelines International. She had many other hobbies including solving puzzles (she was a finalist in the Stave Puzzle Contest), playing board games with friends, Science Fiction and Fantasy books and organizations, especially PARSEC, and creating and acting in amateur theatrical productions in High School and for Confluence here in the Pittsburgh area. She also loved traveling and learning about other cultures, having visited Greece, Italy, Switzerland, Germany and Austria as a child with her parents, Italy with her husband and mother-in-law, France with the Greater Harmony Chorus, and the Caribbean, India, Scotland, England and many U.S. destinations with her husband. She is survived by her husband of 25 years, Keith M. Heston; her parents, Ann and William Stiebing, Jr.; her mother-in-law, Jean Heston; a sister-in-law, Melissa Machaj-Abbs and her husband, Trevor Abbs; two nieces, Josephina and Chloe Abbs; a nephew, Cohen Abbs; and many aunts, uncles and cousins. She is also mourned by a host of friends here in the Pittsburgh area, in the New Orleans area, and in Hot Springs, AR where her mother and father now live. Memorial service to be held on Sunday, October 2, 2016 from 4-8pm at the D'Alessandro Funeral Home and Crematory, Ltd., 4522 Butler Street, Pittsburgh, PA 15201 (Lawrenceville). Graveside service at 1:30pm on Monday, October 3, 2016 at Penn Natural Burial Park, 121 Colorado Street Verona, PA 15147. Memorial contributions may be made to Susan G. Komen for the Cure, www.komen.org or to the American Cancer Soceity, www.cancer.org.

Kimberly "Kira" Ann Heston Passed away peacefully at 11:35 AM on Friday, September 30, 2016 at her home. She was born on March 14, 1969 in New Orleans, LA to Ann Thompson Stiebing and William H. Stiebing, Jr. She attended St. Martin's Episcopal... View Obituary & Service Information

The family of Kimberly Ann Heston created this Life Tributes page to make it easy to share your memories.

Send flowers to the Heston family.