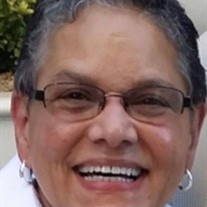 Louise M. Turner Louise M. Turner was born on April 7, 1951 in Buffalo, New York. She was the daughter of Lanness and Mildred Turner. Full of courage with a desire to serve, Louise joined the United States Army and also served in the US Air Force National Guard. Louise is the mother of one beloved son Scott C. Turner whom she devoted her life in raising with love. On September 25, 1989, Louise joined the Pittsburgh Police Department, spending many years as a Gold Badge Detective in the Narcotics and Vice Department, and ultimately spending the duration of her 22 year tenure as an Officer serving out of Zone 2 and 6 Police Stations located in the Hill and West End Section of the City of Pittsburgh, until she retired from the department on July 6, 2010. Upon her retirement from the City, Louise joined the Allegheny County Police Department where she was stationed and patrolled for six years at the Pittsburgh International Airport, a position that she truly loved. A lover of music, and musical genius in her own right, Louise was a phenomenal bass guitarist, playing around the City of Pittsburgh in her youth. When not playing her beloved bass, she would often spend countless hours creating her own musical masterpieces in her self-built studio, honing her skills with other instruments, or simply listening to music with a hot cup of coffee or tea, and a quality cigar. Though small in stature, Louise, known affectionately as "Lou" was a giant in life. Caring, generous and full of passion, she made sure that those she cared for knew it. Whether it be a kind word, a small gift, a delicious meal, or a grand gesture, she made it a point to be a blessing to someone each and every day. She truly was an angel on earth, teaching so many about so much, and loving everyone around her deeply and unconditionally. She is survived by her beloved son Scott C. Turner, daughter- in- law Kenya Newell, three grandchildren, Caitlyn Portis, Scott K. Turner, and Maxwell Newell, sisters, Kathryn Fullone, Deborah Harris, god son Michael Banks, adopted sister and friend Shannon Davis, and a host of nieces, nephews, cousins, one great grandson, relatives, and many great friends. Visitation will be held from 9:00 am to 12:00 noon with a funeral service directly following on Monday, Feb. 25, 2019, at Kingdom Life Ministries International, 6378 Centre Ave. Pgh., PA 15206. The Lord saw it was time and reached out His hand, a simple gesture with no demand. You took His hand in yours, believing in His plan and now you are resting in Glory Land! And though we'll miss you and your special kind of love, we know that you're watching, and smiling from above. An angel here on earth, now you have your wings; It's peaceful to know you're resting with the King of Kings. Such a friend and blessing to everyone you knew, you will forever live and be remembered…. Our dear and precious Lou.

Louise M. Turner Louise M. Turner was born on April 7, 1951 in Buffalo, New York. She was the daughter of Lanness and Mildred Turner. Full of courage with a desire to serve, Louise joined the United States Army and also served in the US Air... View Obituary & Service Information

The family of Louise M. Turner created this Life Tributes page to make it easy to share your memories.

Send flowers to the Turner family.