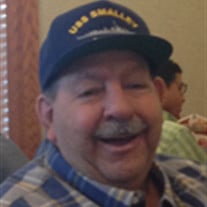 Mario Joseph Cutruzzula, Sr. ("Cut") Age 78, of Bloomfield, formerly Larimer Ave (East Liberty), departed from this world to his ultimate reward on July 23, 2015. Beloved husband of Evelyn (Arcuri), loving father of Felice (Donna), Maria McManus (Brian), Ines Brady (Michael), Denise Callihan (Dean) and the late Mario (Christy). Loving grandfather of Mario, Heather, Anthony, Dominic and the late Jennie (Mario), Lewis, Robert (Maria); Haley, Keely (Ines), and four great-grandchildren. Siblings are Al "Cotti" (Dorothy), Felix, Jr. Cutruzzula (Elizabeth), and sister-in-law, Lois Cutruzzula the late Francis Gelormini, Catherine Fusco, Mary Sandonato, Frank, Anthony, and Vincent Cutruzzula. Also survived by nephews, nieces and many dear cousins who were as close to him as brothers and sisters. Mario had over 20 years as an assistant coach at Mt. Alvernia with head coach De Porucznik and fellow assistant coach, Larry McCabe, and helped the Mount usher in a PIAA title and six WPIAL titles. The Lions were recently inducted in 2013 into the WPIAL Hall of Fame as the first team to win a PIAA championship with a perfect record 34-0). A Central Catholic graduate, class of '54 where he made lifelong friends. A veteran of the United States Navy during the Korean War, he proudly served on the destroyer(tin-can) USS Smalley-DD565. Last but not least, a lifelong member of the sandlot football team, bocce and poker league, and all around great friends, The Larimer Avenue Rogues. Our loving father leaves us with unconditional love, beautiful memories, encouraging support and the love of music and good Italian bread (which he hand delivered to his kids every Saturday morning for the past 20 years). He'll be sorely and sadly missed by his family and friends, but Dad's ship has finally come in to be with the Lord and reunite with his son, and family and friends he has not seen in a long time. Buon viaggio, statabuon and buononotte Dad! The family will receive friends for VISITATION on Mon. from 1-4 and 6-8 p.m. at the D'ALESSANDRO FUNERAL HOME and CREMATORY LTD., Butler at 46th Sts., Lawrenceville. A funeral Mass in St. Maria Goretti Parish, Friendship Campus at 10 a.m. Tues. EVERYONE PLEASE MEET AT CHURCH.

The family of Mario J. Cutruzzula, Sr. created this Life Tributes page to make it easy to share your memories.