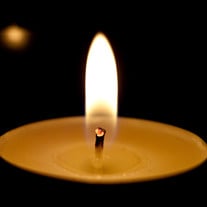 Hubbard Nathan December 11, 1932 ~ June 7, 2018 Nathan Hubbard was born on December 11, 1932 in Hurtsboro, Alabama to the parents of David V. Hubbard and Mary Anna James Hubbard whom preceded him in death. Nathan attended Russell County Training School in Hurtsboro, Alabama. He professed Jesus Christ as Savior and Lord at an early age and later join Prayer Band for many years. Nathan married Gladys in 1959 and to union two children were born Emma whom preceded him in death and a son Nathan, Jr. whom resides in Pittsburgh, PA. Nathan worked for the city of Pittsburgh Refuge Department for over 30 years before retiring. He attended Letsche School for roofing, framing and remodeling, he also attended Conselley Trade School. Nathan was a man of many talents with hobbies such as carpentry and gardening before his health fail. Nathan love his job and collecting the treasures that many grew weary of or no longer had use for… He would collect items to become a blessing to others by sharing and giving the treasures he found. One man's garbage was another man's treasure for Nathan. He didn't consider it garbage but treasures. Nathan loved sharing the Gospel of Jesus Christ and the goodness of The Lord while conversing with others. On Thursday, June 7, 2018 in the evening Nathan Hubbard made his eternal transition to be present with The Lord. He was preceded in death by his daughter Emma "Tootsie", parents, along with eight siblings, John, James, Oscar, Michael, Jesse, Hiriam, Alpha Hubbard and Ruth (Hubbard) Smith ; MelZachary Hubbard (nephew) raised by his parents. Nathan leaves to celebrate his life, cherish his memories his son; Nathan Hubbard, Jr., ( his daughter Emma Hubbard's preceded him in death) her children; his grandchildren and his great-grandchildren; five siblings, David, Rayfield (Ocie) , Mary, Limuel (Sandra), and Asa; a host of nieces, nephews, relatives and friends. " To God Be The Glory " ! Amen. Professional Services trusted to D'ALESSANDRO FUNERAL HOME and CREMATORY, LTD., Lawrenceville.

The family of Nathan Hubbard created this Life Tributes page to make it easy to share your memories.

Send flowers to the Hubbard family.