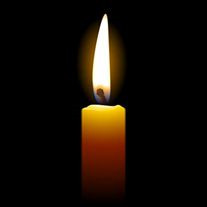 Robert M. Weinthal, 98, passed away peacefully on Oct 13, 2017, at Family Hospice at Canterbury Place in Pittsburgh. He was predeceased by his wife of 60 years, Roxie, and his parents, Jay and Erma Weinthal. Surviving are daughters Suzie Somers (late Phil, friend David S. Green) of Pgh, Pat Weinthal of Boston, and Ann Berez (Joel) of Chicago; grandchildren Stuart and Brian Somers (Lauren), Alex and Emily Berez, and Jive; and great-granddaughter-Alexa Somers. Bob, born on February 21, 1919, grew up in Squirrel Hill, confirmed at Rodef Shalom, attended Taylor Allderdice and graduated from Pitt (1940), where he was a member of Pi Lambda Phi. As a proud veteran of WWII, he served in the army, first at Camp Rimini in Montana, where sled dogs were trained for use in war, and then overseas in Southampton, England as a captain. He was an owner of York Supply Furniture Company and then had a long career as a furniture rep. Bob enjoyed fishing, playing golf, watching sports, walking his poodle Pepe and playing the stock market. He and Roxie enjoyed traveling, especially to England, Kennebunkport, and Sanibel. Most important to him, though, was his family. Dad, we will miss you very much and you will be an inspiration to us forever. The family would like to thank Laura Frankfurt, and all those at Weinberg Terrace, The Haven at North Hills, and Family Hospice for his care. Burial is private at West View Cemetery and the family will not be sitting shiva. In lieu of flowers, donations may be made to Parkinson Foundation Western Pennsylvania 575 Lincoln Ave., Bellevue Pa 15202 or Pets for Vets (Pittsburgh) PO Box 10860, Wilmington, North Carolina 28404 or a charity of one's choice.

Robert M. Weinthal, 98, passed away peacefully on Oct 13, 2017, at Family Hospice at Canterbury Place in Pittsburgh. He was predeceased by his wife of 60 years, Roxie, and his parents, Jay and Erma Weinthal. Surviving are daughters Suzie Somers... View Obituary & Service Information

The family of Robert M. Weinthal created this Life Tributes page to make it easy to share your memories.

Send flowers to the Weinthal family.