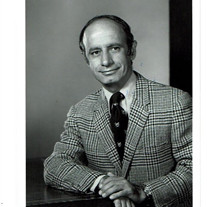 Adibi, Siamak A. Died peacefully on May 10, 2020, surrounded by family in his Squirrel Hill home. Siamak was born on March 17, 1932 to Sadgeh Adibi and Nezhat Kazemi in Tehran, Iran. He graduated from the Alborz High School. He then immigrated to the U.S. at age 17 with the goal to study medicine. He graduated from John Hopkins University in three years and went on to Jefferson Medical College. He completed a PhD at MIT and post-doctoral training and residency at Harvard Medical School. He was a Professor of Medicine at the University of Pittsburgh and Chief of Gastroenterology and Clinical Nutrition at Montefiore Hospital from 1966 to 2002. He made significant contributions in the field of clinical nutrition and earned a patent for his discovery of a protein-rich solution to replace sugar water for intravenous patients, authored many scientific papers and received numerous awards for his contributions to medicine. Siamak could often be found at the Pittsburgh Symphony, Pittsburgh Opera, Chatham Baroque or listening to WQED. He had many friends around the world, but most well known at the Pittsburgh Golf Club where he was a member for many years. He could be found almost every afternoon at the exercise room up to a few weeks before his death. Siamak lived passionately and from the heart. He fought for what he believed in. He expressed his desire for world peace throughout his later years. In 2015, he published his memoir "My Life and the Overthrow of the Persian Peacock Throne." "I am just making myself happy," he said. "I've decided to have fun, because life is so short. I have done my best that I could achieve for the country." Up to the end of his life, he expressed his desire for peace. Siamak is survived by Joan, his wife of 56 years; their three children, Elise, Camron and Jennifer; three grandchildren, Axelrein, Cyrus and Lucinda Teoste; three nieces, Golnaz Sadri, Golnar Majin, Yasaman Adibi and his nephew, Mamal Hamedi. In lieu of flowers, contributions can be sent to the First Unitarian Church of Pittsburgh, the Sheriff's Meadow Foundation (Martha's Vineyard) or WQED. A memorial service will be held Saturday, May 30 at 10AM. The service will be live-streamed on YouTube. The link will be posted on the First Unitarian Church of Pittsburgh website under "Important News": www.first-unitarian-pgh.org. Professional services trusted to the care of D'ALESSANDRO FUNERAL HOME and CREMATORY LTD., Lawrenceville.

Adibi, Siamak A. Died peacefully on May 10, 2020, surrounded by family in his Squirrel Hill home. Siamak was born on March 17, 1932 to Sadgeh Adibi and Nezhat Kazemi in Tehran, Iran. He graduated from the Alborz High School. He then immigrated... View Obituary & Service Information

The family of Siamak Adibi created this Life Tributes page to make it easy to share your memories.

Send flowers to the Adibi family.