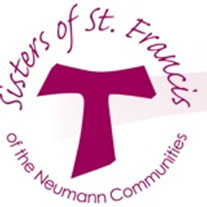 Sr. Elizabeth Zagar, OSF On August 25, 2018, at the age of 101, Sister Elizabeth Zagar completed her journey to God. Sister of Rose Marie Stucker, Catherine Zagar and the late John Zagar, Lawrence Zagar, Anthony Zagar, William Zagar, Mary Glass and Theresa Petures; daughter of the late Anthony and Mary Zagar. Sister was born and raised in Aliquippa and entered the Sisters of St. Francis in Millvale on December 28, 1941. Sister began teaching elementary school in the Lawrenceville and Mt. Oliver neighborhoods. In 1946, Sister was missioned to Puerto Rico and taught high school for 10 years. In 1956, Sister returned to Pittsburgh to teach high school in the parishes of St. Augustine's in Lawrenceville and St. Joseph's in Mt. Oliver. Sister was again missioned to Puerto Rico from 1962-1965. She concluded her teaching career by teaching in secondary education at St. Wendelin's in Carrick and St. George's in Mt. Oliver. At the age of 57, Sister took on a second career by working in the business offices of Mt. Alvernia, St. Francis Plaza and St. Francis Medical Center. She retired from active ministry at the age of 85. Sister is best described by her sisters in community as being quiet, soft-spoken and gentle of heart. During her long life, Sister Elizabeth touched countless lives and reflected the generosity of God to many. She will be remembered for her clarity of vision and simplicity of heart. Visitation at the Sisters of St. Francis of the Neumann Communities, 146 Hawthorne Rd., Pittsburgh, PA 15209 on Tues, August 28, 2018 from 2pm until time of a wake service at 6:15pm. Mass of Christian Burial will be celebrated at the Sisters of St. Francis of the Neumann Communities Chapel on Wed., August 29, 2018 at 10:30am, followed by burial in Sister's Cemetery at Mount Alvernia. Professional services trusted to D'Alessandro Funeral Home and Crematory Ltd., Lawrenceville. In lieu of flowers, donations may be made to the Sisters of St. Francis Ministry, Retirement Fund. 146 Hawthorne Road, Pittsburgh, PA 15209.

The family of Sr. Elizabeth Zagar, OSF created this Life Tributes page to make it easy to share your memories.