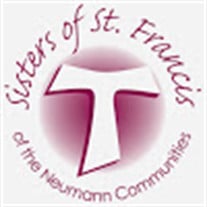 Sr. Jane Marie Wapinski, OSF On February 28, 2020. Daughter of the late John and Mary Wapinski; sister of the late Victoria Wapinski Vilcheck and Stella Wapinski Quigley. Sister Jane Marie entered the Sisters of St. Francis of the Providence of God from Immaculate Conception Parish in Washington, PA. in 1960. Sister began her ministry teaching in Catholic elementary schools in Michigan, Pennsylvania and New Jersey from 1964 to 1970. Prior to her entrance into community, she was employed as an executive secretary for several years. From 1970 to 1992, she taught business classes at South Catholic High School in Hartford Connecticut. In 1972, she received a Master of Education from Duquesne University and from that time, completed numerous certificate courses in Business Education. Prior to participating in a sabbatical year at Washington Theological Union she served as financial assistant to the Sisters of St. Francis from 1993-1995. For the next four years, she expanded her ministry to other numerous areas of service within the community. From 1999 to 2006 she served as administrative secretary at Angel's Place. In 2009, she made the decision to transfer to the Sisters of St. Francis of the Neumann Communities. In her new community she served in a variety of ways. Due to declining health, she retired from active ministry and began her ministry of prayer at Mt. Alvernia. The final year of her Franciscan life was spent at Vincentian Home where she received daily compassionate care from the staff and fellow residents. Her journey to God was marked by unexpected challenges yet her faith remained strong. At the age of 94, she completed her journey and now rests in God's unconditional love. Visitation at St. Alexis Church, 10090 Old Perry Hwy., Wexford, PA 15090 on Monday, March 2, 2020 from 9:00 am until the time of Funeral Mass at 10:00 am. Professional Services trusted to D'Alessandro Funeral Home and Crematory Ltd., Lawrenceville. In lieu of flowers, donations may be made to the Sisters of St. Francis of the Neumann Communities, 960 James St. Second Floor, Syracuse, NY 13203-2503

The family of Sr. Jane Marie Wapinski created this Life Tributes page to make it easy to share your memories.

Send flowers to the Wapinski family.